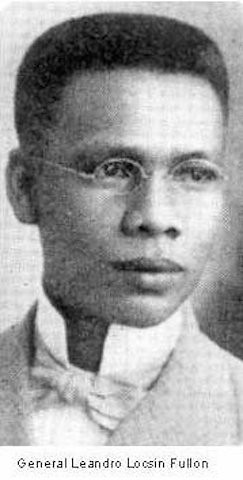 Gen. Leandro Fullon was made the commanding officer of the Visayan revolutionary forces by Gen. Emilio Aguinaldo and was sent, on September 6, 1898, with 140 officers and 350 men, to liberate Panay Island. On November 22, Fullon’s forces captured San Jose de Buenavista where he set up a revolutionary provincial government.

During the Philippine-American War, he also fought the Americans, together with Gen. Martin Delgado, but was forced to surrender, together with his officers, on March 22, 1901. When the Province of Antique was created by virtue of Act No. 114, Fullon was appointed, on April 15, 1901, as the province’s civil governor and served until his death on October 16, 1904.

The end of the Tricycle is near1.28K Total Shares

LTO regulations for the Bajaj RE552 Total Shares

Any cookies that may not be particularly necessary for the website to function and is used specifically to collect user personal data via analytics, ads, other embedded contents are termed as non-necessary cookies. It is mandatory to procure user consent prior to running these cookies on your website.